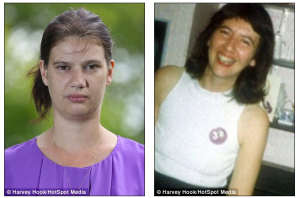 Daughter left and Mother, right. Their human rights don’t matter in the EU.

A daughter whose mother was raped and murdered is facing a lifetime of never knowing where the killer buried her – because it would breach his human rights.

Both Martin Stafford’s prison and the European Union are stopping mother-of-one Tracy Richardson, 30, of Swinton, Greater Manchester, from contacting him.

Stafford, 45, was found guilty and jailed for the murder of Michelle Gunshon and sentenced to life in prison. He was also found guilty of false imprisonment, rape and preventing the burial of a body.

Although the crimes were committed in 2004, Stafford evaded arrest when he fled the country and was only brought to justice in 2012 after a trial at Birmingham Crown Court.

He was extradited from Ireland, where he had been serving time in jail for rape and false imprisonment. But Stafford has never disclosed where he left the body of Mrs Gunshon.

Ms Richardson told the: Sunday Mirror[3]: that the unidentified jail would not hand the murderer a letter from her because the governor thought it would be ‘intrusive’ and in breach of his human rights.

She then discovered police cannot ask Stafford where Mrs Gunshon’s body is buried, because he has to give them consent to ask him, according to the terms of his EU extradition from Ireland.

The EU gives more human rights to the killer of humans than they do the victims.

Another example of why Ron Swanson is right:[4] 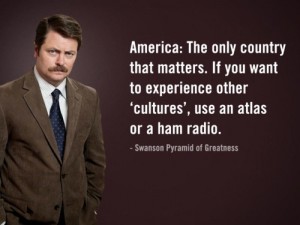 See also: : Hypersonic Arms Race and Mixing It Up In the South China Sea: