De Blasio’s NYC:13 Shootings in ALL 5 Boroughs 6/29 in Absence of Stop and Frisk

New York has become the Wild Wild West under the asinine “progressive” leadership of Mayor Bill “I Never Met a Communist I Didn’t like” De Blasio.

This 6’6’’, pie in the sky, Liberal buffoon has turned the once safest big City in the country into Chicago:  And it’s not a surprise to me as I predicted on this blog more than a year what 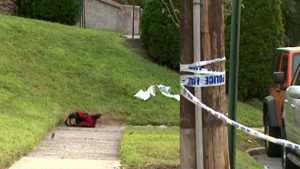 [1]would happen to New York if Bill de Blasio ever got elected.

It was a violent night in New York City after at least 13 people were shot in incidents spanning each of the five boroughs according to CBS News[2].

As CBS 2â€²s Janelle Burrell reported, one of the shootings happened on Staten Island, where a man is fighting for his life after being shot in the face.

The incident happened at around 3:30 a.m. on Amboy Road in the New Dorp section of Staten Island.

Police were still on the scene Sunday morning collecting and processing evidence, including a backpack that belonged to the 42-year-old victim.
Investigators told Burrell the shooting was not random.

The victim had apparently gotten into an argument with another man. Police said a gun was fired and the victim was hit in the face with a bullet just outside of his home.

The shooting suspect was caught on surveillance video running from the scene of the crime, police said. He got away in a dark-colored pick up truck, WCBS 880â€²s Monica Miller reported.

The victim was rushed to Staten Island University Hospital.