If you make something more expensive, you will get less of it. As is the case with the minimum wage, which hurts low-skill employees by raising the cost of labor. 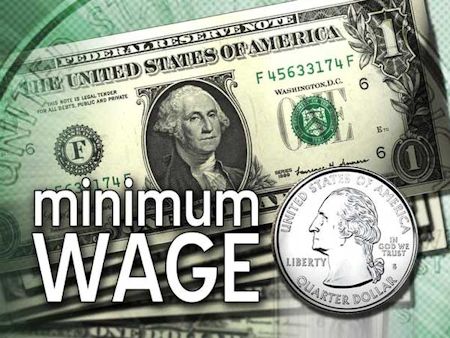 “Let me ask you this question, you’re a good advocate for this,” Gingrich asked Lee. “The mayor of Seattle is proposing that the minimum wage ought to go up to $15 an hour.”

“Good for him,” Lee responded. “In California – more than likely, from what I remembered – a living wage where people could live and take care of their families and move toward achieving the American dream was about $25, $26 an hour.”

“So would you support that as a minimum wage for California?” Gingrich asked.

“Absolutely I would support it for California. I think the regional factors —”

“And you don’t think that’d have an effect on unemployment?” Gingrich interrupted.

“No, Newt, trust me, believe you me,” Lee replied, “you’d have a more productive workforce

I’m never sure if these Democrats are truly ignorant of what they’re talking about, or if they push these devastatingly poor policies for political reasons alone. I’d like to say it’s the latter — meaning, they are just politically cynical — but I’ve seen too much to think most Members actually understand economics.
ALSO SEE:

The 25 Most Motivational Quotes Of All Time[1]