Democrats are racists too, media just “whitewashes” it away

Chris Matthews was so impressed with President Obama’s State of the Union speech that for an entire hour he said he forgot Obama was black[1]. That comment demonstrated the 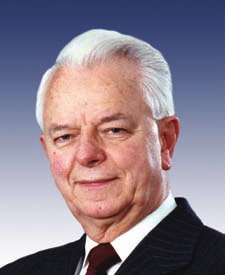 type of racism that is typical among white Democrats–the racism of low expectations.

Matthews didn’t pay a price for those words and there wasn’t even a national debate about it in the media as being racist. That’s not the way the template is set up. So when Harry Reid complemented Barack Obama for not speaking with a Negro dialect[3], that wasn’t racist either because Reid is a Democrat and he can’t possibly a racist.

The media always plays a selective game of finding the racist that happens to be a Republican, or Tea Party member, or white evangelicals, or anybody that criticizes the first black president ever elected. So when VP Joe Biden said you can’t walk into a 711 without a slight Indian accent[4], that doesn’t count as being racist because Joe was only being Joe. When Sen. Robert Byrd referred to some West Virginians as “white niggers[5]” he was still honored as a great senator because he was a Democrat.
The sad part is that millions are manipulated by this unseemly game of cherry picking racists, and more insidiously painting someone as racist when they are not. Is there racism in America? Absolutely!
The KKK was founded by Democrats.

By the way, has a black person ever married into the Kennedys? Why is that? See what I mean?

Originally posted at The Last Tradition[6]