There are few things the far left love more than a cop killer. Mumia Abu Jamal is one of their favorites. 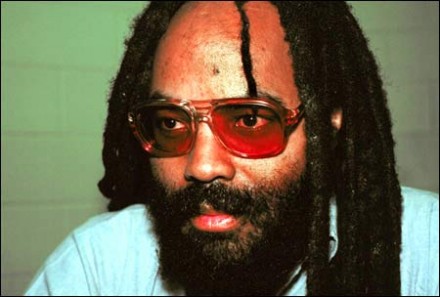 They love him so much, President Barack Obama recently nominated one of his defense attorneys to lead the Civil Rights Division of the DOJ.

Not just be a part of it. Debo Adegbile will run it.

And to make sure he gets the ok, Democrats banned the widow of the cop Mumia killed[2] from testifying in opposition to Adegbile’s appointment:

The Philadelphia district attorney is speaking out against President Obama’s nominee for a top Justice Department post, saying his link to the case of a convicted cop killer “sends a message of contempt” to police – as the widow of the fallen officer is apparently denied the chance to testify.

Maureen Faulkner, whose husband Daniel Faulkner was killed in 1981, was hoping to speak publicly on the case before the Senate Judiciary Committee, which plans to vote Thursday on the nomination of Debo Adegbile to lead the Civil Rights Division.

But she told FoxNews.com she’s “extremely frustrated” after being told by representatives of Judiciary Committee Chairman Patrick Leahy, D-Vt., that she won’t be able to do so.

“I am physically, emotionally and mentally distressed that I’m not able to be in that room,” Faulkner told FoxNews.com by phone. “This is personal to me.”

Faulkner said she received a letter from Leahy’s office this week informing her that it’s “not the practice” of the committee to accept outside testimony. Faulkner, who lives in Los Angeles, later realized she could attend the hearing as a member of the public but was unable to book a flight.

It isn’t just the widow and Republicans against the nomination. The National Fraternal Order of Police[3] isn’t happy either.

It’s a disgrace. The right to live without being shot in the back is a civil right, yet Adegbile defended the man who did that to police officer Daniel Faulkner.