This[1] is an interesting little tangle of a story: 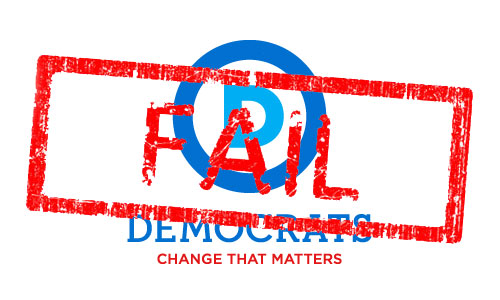 Pinellas County’s Democratic chairman left a bluntly worded voicemail telling well-known St. Petersburg pastor Manuel Sykes he would be “persona non grata” if he followed through with plans to run for Congress.

The reasons? It came out in 2007 that Sykes had a kid out of wedlock…oh, and he’s black:

“Listen,” Hanisee said in an unprompted comment, “to me it has nothing to do with whether he is white or back; he is just not a credible candidate in this particular district.”

“Because he lives in another district, he’s never run for office before, (and) he has no prior political experience. If you check the demographics, it’s like a 2 percent, 3 percent African-American district.”

So, in other words, Hanisee thinks that people in the district won’t vote for a black person who lived in the district until it was recently restructured. But they’ll vote for someone who only became a Democrat[2] after the government shutdown last fall:

However, in a strange twist, Jany will not appear on the ballot on the Democratic party line because he just registered as a Democrat last fall – switching from the GOP. Because of the “Charlie Crist Rule,” as one party strategist called it, or “Sore Loser Law,” a candidate must be registered with a party a year before filing for office from that same party.

Since Jany falls short of that requirement, he must run as a Non-Party Affiliated candidate in the general election.

Oh, and the kicker? Jany doesn’t live in the district[3].

The 25 Stupidest Liberal Quotes Of The Last Decade[4]