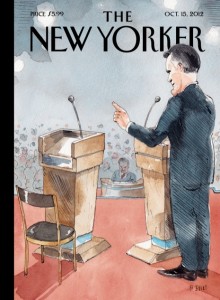 [1]Does the President really want a second term? One would think that if Barack Obama truly wanted to be reelected he would’ve created a record to run on; rather than a record to run from.

When President Obama won the Presidency four years ago he did it with a wide and diverse coalition of voters. He won about 43% of the White vote, over 95% of the Black vote, and 78% of the Jewish vote. Those are some very impressive numbers.

Additionally, he overwhelmingly won the youth vote, independents, undecided voters, and the Hispanic vote by large margins. Barack Obama ran as a new kind of Democrat. He portrayed himself as a champion of the middle class and ran on a moderate platform. The American people saw Obama’s hope and change message as a positive new direction and believed him when he said there were no blue states or red states.

The President has spent all of his political capitol and has nothing to show for it but a lousy healthcare bill that most people don’t want and even less people understand. He has no record to run on and his hope and change message has fallen on deaf ears. The President has spent the last four years dividing the country and creating a potentially dangerous level of class warfare. The President’s strategy for winning reelection is an unorthodox one at best and leaves very little room for error.

According to the National Journal’s Ronald Brownstein Obama can not win reelection without at least 40% of White voters. Recent polls have shown the President winning between 33% and 36% of White voters. Moreover, the President needs to win 80% of all minorities in order to squeak out a razor thin victory. He is currently winning a little less than 80% of these voters.

So the President that ran on the premise of hope and change has decided to roll the dice and run on divide and conquer instead. He is hoping that a blatantly biased media will forever cover up his numerous shortcomings and Chicago style tactics will scare voters away from voting for Mitt Romney. Rarely in politics is a completely negative message a winning formula. The President will need the same type of enthusiasm he had in 2008 from all his core groups to pull it off. This will be no easy task as most polls show that Republicans are winning in the motivation department. Many of the President’s decisions in his first term have alienated small portions of his vitally important base.

For instance, his decision to support same sex marriage has bewildered many Black Pastors across the country. A group of about 300 African American Pastors have become so disenchanted with the President’s decision that they are telling others in the Black Community to sit this one out. Add to this an unemployment rate of 15% and you will see a significant drop off in Black support. I believe the turn out level will go back down to 11% from 13% and the President will only receive between 85% to 92 % of the Black Vote.

The President’s failure to stop Iran from building nuclear weapons and the out right hostility and disrespect he has shown to Israeli Leader Benjamin Netanyahu will also take its toll with Jewish voters. Right now most polls show that the President is still comfortably ahead with these voters however his level of support has dropped. In 2008 Barack Obama received an incredible 78% of the Jewish vote despite his Pastor Reverend Wright’s anti-Semitic rhetoric towards Israel. Most polls show the President is now receiving about 68% to 70% of the Jewish vote. I believe that this number will fall to 60% to 65% by Election Day.

Another group in which the President is finding more elusive this time is Catholic voters. In 2008 Barack Obama received 54% of the Catholic vote. However with his contraception mandate, his removal of God from the party platform, and his radical pro-abortion stances, the President is hemorrhaging votes among this group.

According to the American Bishops Official Directory there are 78 million Catholic voters in this country and 16 million of those voters happen to live in the swing states. According to a 2012 poll from the American Life League Barack Obama is only supported by 27% of Catholic voters. This is a substantial decrease in his support among this group.

Other potential roadblocks for the President are as stated previously an unenthusiastic youth, a deficit with independent voters, and the fact that historically undecided voters break in favor of the challenger late in close elections.

Is this race as close as the media says it is? Does the President already know something from his internal polling that members of the media either don’t know or are resolute to ignore? Am I the only person in the media who feels that President Obama really does not want to win a second term?

According to Kevin Dujan editor of HillBuzz.org and Jerome Corsi of World Net Daily Barack Obama’s chief financier Penny Pritzker is negotiating the purchase of a 35 million dollar ocean front estate on the North Shore of Oahu in Hawaii. http://www.wnd.com/2012/09/secret-retirement-plans-does-obama-expect-to-…

The interesting part is not that the Obama’s are buying a house in Hawaii; the peculiar part is their expected move in date. According to the story their move in date is slated for January of 2013. If the President really wanted to get reelected why would he be trying to buy a house in Hawaii with a move in date of January 2013?

According to World Net Daily’s sources highly confidential internal polling conducted by the Obama Campaign reveal that he can’t win reelection despite public surveys that point to the contrary. “The public polls are mostly political.” the source said. Obama supporters in the media want Romney supporters to feel discouraged and therefore give up. The truth is Romney is winning and the President and First Lady both know this.

While most of the media is talking about how Obama wants to win I actually think just the opposite. I might be one of the only people in the media bold enough to write this. As a Political Strategist I see his positions as inferior to the majority of the electorate. Almost all of the President’s decisions have been controversial and left of center. If the President really wanted to win a second term he would’ve done what Bill Clinton did; which is move to the center.

In last Wednesday’s debate the President did nothing but validate my feelings. The President looked like a shell of his former self. He had a look on his face like he truly did not want to be there. His body language portrayed a man with uncertainty and reservation. His lack of eye contact with Mitt Romney was very revealing. His answers were meandering and choppy and you could tell he was just going through the motions.

Mitt Romney on the other hand was the complete opposite. Mitt Romney was first and foremost Presidential. He was extremely articulate, very knowledgeable of the facts, and came off to most Americans including many liberals as very likeable. Mitt Romney also showed compassion and confidence and at one pointed even blurted out how much fun he was having.

The Obama Campaign spent millions of dollars trying to paint Romney as an out of touch vulture capitalist who couldn’t wait to throw grandma off the cliff; but the American people saw something different. They saw an extremely capable and viable alternative to Barack Obama. It took only 90 minutes for America to get a glimpse of what a President Romney would look like; and the consensus was that they liked what they saw.

An estimated 67 million people tuned into Wednesday’s debate for one simple reason. They had major reservations about reelecting President Obama but they were unsure whether or not Mitt Romney was a better choice. Judging by the post debate CNN poll Mitt Romney successfully answered that question.

With over 23 million Americans out of work and chronically high unemployment rates the country is suffering. Devoid of any real leadership many people are tired of the Presidents empty speeches. They are looking for something different. They are looking for another chance at the American Dream.

The contrast between Barack Obama and Mitt Romney could not have been any clearer. Mitt Romney was able to not only defend himself from Obama’s deceptive attacks; but he was also able to compare and contrast conservative principles to that of Obama’s class warfare collectivism. The fact of the matter is that if the American people have an unfiltered choice between conservatism and collectivism they will always choose conservatism.

There is no doubt that Mitt Romney’s excellent debate performance moved the needle more in his direction. It is already noticeable in some of the recent polling. There were probably many voters who were truly undecided that Mitt Romney now has moved into his column; but frankly these voters could switch back and forth before the election.

The next debate will play another important role in solidifying those voters who have recently warmed to Mitt Romney. The Vice Presidential debate is an opportunity to show voters that Paul Ryan would make an excellent second in command if anything should happen to Mitt Romney. He is a very intelligent and capable person with a depth of knowledge on a host of issues, especially economic issues. Vice President Joe Biden is also a smart politician but he is known more for his tongue in cheek or rather foot in mouth comments than his political acumen. Most pundits think the Vice President may have a leg up because of his perceived foreign policy experience. They will be very surprised to find out that Paul Ryan is no slouch in this department either.

After the Vice Presidential debate is over there will be two more Presidential debates. Barring any major gaffe on Romney’s part or an unforeseen “October Surprise” Mitt Romney should start to pull away a few days after the last debate. Will the President squeak out a slim victory? Or will Mitt Romney’s positive message resonate with a large majority of the country? I believe America is ready for change and a real recovery, and secretly the President is too.