DOJ Argues To Court Against Rules To Prevent Foreigners From Voting

Eric Holder’s Department of Justice went to Kansas to argue against legislation that would prevent foreigners from voting in American elections, because, racism or something:[1] 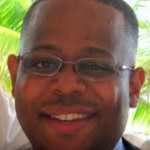 Justice Department lawyer Bradley Heard was in court today trying to stop Kansas from ensuring that only citizens register to vote. Kansas Secretary of State Kris Kobach, relying on a United States Supreme Court: opinion of last year[3], asked the federal Election Assistance Commission to permit him to ensure that only citizens were registering to vote.

Despite harping about resource concerns (which apparently means that the DOJ: can do nothing about corrupted voter rolls[4]), Holder found the time and money to send Bradley Heard to a hearing in Kansas to argue against Kobach’s election integrity measures.

Judge Eric Melgren repeatedly pressed Department of Justice lawyer Bradley Heard to explain how a Supreme Court decision last year on Arizona’s proof-of-citizenship law allows the federal Election Assistance Commission to reject requests from Arizona and Kansas to add state-law requirements to the instructions for filling out the voting form.

“The single pivotal question in this case is who gets to decide … what’s necessary” to establish citizenship for voting, Melgren said.

Heard said that decision lies with the EAC under the federal National Voter Registration Act, also known as the motor-voter law. He said the law empowers the commission to decide what questions and proofs are necessary to include in the federal registration form.

Take note, Heard argued both that Kobach can’t take steps to prevent foreigners to register to vote,: and, that federal government power over state elections is supreme.

The Obama administration continues to collect all the power to a central government.

If that’s not worrisome, you don’t know history.