Let me repeat that – she admitted committing voter fraud and they still won’t prosecute her[1]:

Last week Al Sharpton embraced convicted vote fraudster Melowese Richardson at a “voting rights” rally in Cincinnati. The United States Department of Justice under Eric Holder has done nothing to Melowese Richardson 410 days after she admitted on camera that she committed multiple federal felonies by voting six times for President Obama’s reelection.

Federal law makes it a felony to vote more than once for President. In fact, 42 U.S.C. Section 1973i(e) subjects Richardson to twenty-five years in federal prison for her six votes for Obama.

The lack of DOJ action against an unrepentant federal vote fraudster combined with Richardson’s lionization by Sharpton and the organization that sponsored the rally demonstrates how the Justice Department is facilitating a culture of brazen criminality on the eve of the 2014 midterm elections. The failure to indict Richardson is the latest example of Holder’s department excusing lawlessness in federal elections and abandoning law abiding Americans.

Melowese Richardson was charged with state voter fraud crimes in Ohio. She was found guilty and sentenced to five years in prison on July 7, 2013. Unfortunately, instead of serving five years, Richardson was set free after only eight months.

Federal criminal charges, even after a state court conviction, do not implicate double jeopardy. The Justice Department routinely charges criminals who were previously subject to state charges. The Justice Department’s US Attorney’s Manual spells out the three tests for a federal prosecution of Richardson, standards which are easily satisfied.

First, the matter must involve a substantial federal interest; second, the prior prosecution must have left that interest demonstrably unvindicated; and third, applying the same test that is applicable to all federal prosecutions, the government must believe that the defendant’s conduct constitutes a federal offense, and that the admissible evidence probably will be sufficient to obtain and sustain a conviction by an unbiased trier of fact.

Federal charges against Richardson easily satisfy DOJ guidelines. There is a unique federal interest in ensuring voter fraud does not taint the election of the President and Congress. Second, the federal interest in having valid elections for President and Congress remains unvindicated; Richardson walks free and is now being cheered at rallies. Last, Richardson admitted on camera that she committed multiple federal felonies and her handwriting matched the ballot applications that were sent to her house. Game, set, match.

DOJ doesn’t hesitate to bring federal charges against local police officers. For example, when a policeman receives a light sentence in state court after allegedly employing excessive force against a citizen, the DOJ Civil Rights Division is keen to initiate federal prosecution to exact its own federal pound of flesh against that officer. But the failure to prosecute Richardson demonstrates that criminal behavior which aids the reelection of President Obama receives very different treatment.

Equal justice under the law? 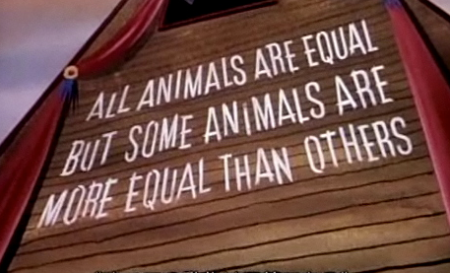 Sums it up nicely, don’t you think?