Former Secret Service agent Dan Bongino said President Obama uses government not as a political weapon, but as a personal weapon, targeting and punishing those who don’t agree with his faith in government:[1] 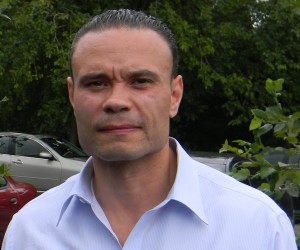 “Just like someone trying to tell you, if you’re a Christian, Jesus Christ didn’t exist, it’s your faith. It’s his faith in government that, despite the evidence, he sticks to it no matter what,” Bongino said.

“But the penalty’s not real for him. He’s got his own doctor in the White House. The penalty’s for us. We’re the ones getting punched in the face [with the Affordable Care Act].”

“He believes in this ideological quest . . . Like we’re the anointed ones and we’re going to rule over your lives, and that is ultimately his North Star no matter what.”

It’s all part of the plan. : It’s like cleaning house. : Sometimes, it has to get messier before it gets clean.

For leftists, it’s the same thing. : They have to tear down before they can build up.

After all, you can’t have a revolution if everyone’s happy.

See also: : Prosperity Redistributed: The Real Unemployment Rate and Misery for All