Exposing the tactics and language of the left 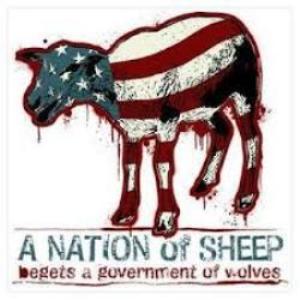 The Democratic Party are masters of deception and illusion. When something sounds too good to be true it usually is. That is how the modern day Democratic Party operates. The left is very adept at hiding their true intentions by misnaming legislation. They can take an unpopular bill and soften its image by giving it a more appealing and inviting name. It is the equivalent of wrapping a piece of coal in a fancy box and putting a bow on top of it.

Here are a few examples of deceptive pieces of legislation:

The American Tax Payer’s Relief Act, also known as the Fiscal Cliff bill does not provide any real tax relief. The way this bill is named one would think it provides tax relief to all Americans. It does not. This bill actually raises taxes on the middle class and adds four trillion dollars to our already 16 trillion dollar deficit. Moreover, it is filled with pet projects and paybacks to people who helped Barack Obama get reelected. This bill does not address the nation’s biggest problem which is spending. For more on this bill please see this article: http://www.examiner.com/article/house-republicans-cave-on-spending-cuts-and-embrace-higher-taxes[2]

The Affordable Care Act, also known as Obamacare makes you think that health care will become more affordable. Unfortunately for the American people that is not the case. In fact, most experts agree that not only does it raise health care costs but it strips away competition and will ultimately lead to a one payer system which was always its original intent. If that wasn’t enough it has had a negative effect on the economy by making it harder for small businesses to succeed due to the mandates, regulations, and new taxes. For an in-depth look at how Omamacare effects small businesses please see this article: http://www.examiner.com/article/obamacare-is-bad-for-business-and-bad-for-your-health[3]

The Employee Free Choice Act, also known as Card Check leads one to believe that employees will be given more choices. Once again, the devil is in the details. This bill actually would restrict a worker’s right to choose whether or not they want to join a union. Right now if a company and its employees want to unionize it is voted on by secret ballot. This bill would eliminate a worker’s right to vote in secrecy. By removing the secret ballot process you invite undue pressure from outside groups and union representatives. A more appropriate name for this piece of legislation would be the forced unionization act. For more on Card Check please see this article: http://www.examiner.com/article/amnesty-and-the-employees-free-choice-act-on-obama-s-wishlist-second-term[4]

These are just a few examples of how the left uses deceptive bill naming to trick the American people. We need to expose this trickery and make sure people are aware of how they operate.

The Democratic Party has remained in power not because of their good ideas or that they are the better choice for America; they have remained in power because they present bad ideas in a good light. They are also much better than Republicans when it comes to political warfare. They are masters at vilifying Republicans as evil, out of touch, and uncaring. They have sucessfully launched a disinformation campaign and convinced enough Americans that they are the party of the working class. The left goes around telling Americans that Republicans want to restrict individual freedoms while they force you to pay for health insurance and restrict your health care choices. They sold Americans on taxing the rich while simultaneously raising taxes on the middle class.

The Democratic Party survives and retains their power by using scare tactics and made up crises. They are not concerned with the middle class; they are only concerned with winning their votes. They want an uninformed electorate full of yes we can zombies. The more we allow the left to operate in this capacity the harder it will become to defeat them and save the country. They have become harder to expose due to a blatant and dangerously biased media at their side. It is up to us the freedom loving people of this great nation to find a way around the biased media and launch a successful counter attack.

Sometimes if you try to reason with a bully you just get punched in the nose. It is time we start hitting back. The time for the moral high ground is over. We have been trying that approach for years and look where it has gotten us. You can’t go to a gunfight with a switchblade and expect to win. We need to become more verbally brave and aggressive and never apologize for our beliefs.

Politics is a contact sport. If we are to defeat the left’s disinformation campaign we need to change our tactics. We have got to lose the label of compassionate conservatives and start acting like combative warriors. How do you stop a bully from hitting you? You punch him back harder.
..

Suggested by the author:
www.joshbernsteinpoliticalwriter.com[6]
Welcome to the dependent states of America
Traditional conservatism versus secular liberalism and the Jewish voter
How to end the class warfare argument
Are we still a center right country?