Eye on 2016, Clintons Rebuild Bond With Blacks: It’s in the bag, Hillary

The vaunted NY Times feltcompelled to write a piece[1] about how Hillary Clinton is somehow mending fences with the black community.: 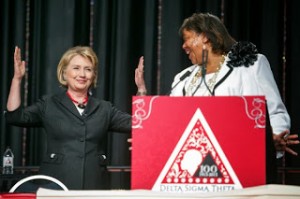 [2]I find that pretty funny because it should be the other way around considering it was blacks who lock step threw her overboard after Obama won the Iowa Caucus.:

But, in 2016 she has nothing to worry about because the black vote will lock step come back to her.:  Let’s face it the reality is she doesn’t have to work for it whatsoever.:  But, the corrupt media is putting up a false narrative that she does.: :