According to a new Sunday Times report by Toby Harden, “Pentagon sources said Foley and the others might well have been rescued but Obama, concerned about the ramifications of US troops being killed or captured in Syria, took too long to authorise the mission.”

It’s claimed that Obama was concerned about his administration being Carterized had the mission failed.

For President Barack Obama the decision to send in the Night Stalkers was an agonising one. The audacious bin Laden raid in Pakistan had been a success but also preying on his mind was the failed 1980 Delta Force operation to rescue American hostages in Tehran. Sandstorms and mechanical troubles led the mission to be abandoned and eight American troops were killed when two aircraft collided. The debacle cast a shadow over Jimmy Carter’s presidency.

However, it also seems worth noting that the eventual timing of the mission may have made for a nice July 4th weekend announcement for Obama had the mission succeeded. Instead, Obama played golf on July 5th, as well as an additional six times in the month he is said to have spent agonizing over his decision, the delay of which may have cost journalist Foley his life.

Anthony Shaffer, a former lieutenant-colonel in US military intelligence who worked on covert operations, said: “I’m told it was almost a 30-day delay from when they said they wanted to go to when he finally gave the green light. They were ready to go in June to grab the guy [Foley] and they weren’t permitted.”

So, because he put his legacy before the lives of Americans, not only did ISIS move the hostages and the mission failed to rescue anyone, but ISIS got this imagery: 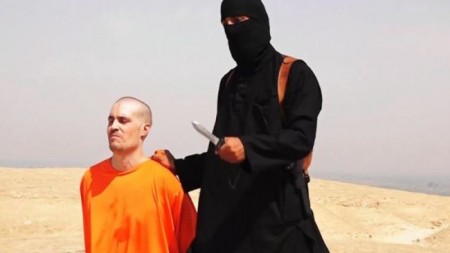