Let’s just call these people what they are: Evil[1]. 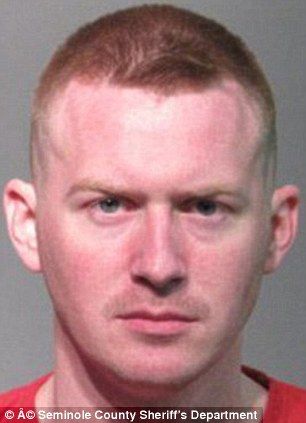 The former Marine convicted of sexually abusing his two children will spend the rest of his life behind bars, after receiving two life sentences in Florida court today.

…During the trial it was revealed that Adleta started planning to abuse his children before they were born, telling his pregnant girlfriend Sarah Adleta, 29, that he would only marry her if she allowed him to have ‘daddy-daughter sex’ with their child.

…The abuse started when their daughter was born in March 2009, and the two were married the following year. They went on to have a son together, and the parents sexually abused both children.

Soon after getting married, the two broke up but the abuse continued over Skype and with visits to Adleta in OKlahoma where he already had a new girlfriend.

Girlfriend Samanatha Bryant, 23, had a daughter and she let Adleta abuse her as well.

Both women testified during Adleta’s trial, shedding light on the gruesome abuse.

During that trip to Oklahoma in December 2012, Sarah let her ex-husband abuse her daughter in his bedroom while she watched.

The toddler ‘seemed very resistant and ‘really upset’ the mother testified, leading her ex-husband to suggest she find another man for the child to have sex with so she wouldn’t be ‘freaking out’ in the future.

The Adletas horrifying and despicable sexual abuse of their own children was only uncovered when FBI were tipped off when the mother sent naked pictures of herself and the toddlers to a man in North Carolina.

The mother performed sex acts on her children so the man could watch, according to testimony she gave the court this week.

Sarah Adleta was sentenced to 54 years in prison in October for abusing her children. The Adleta children have since been put up for adoption.

Adleta’s girlfriend Bryant faced seperate charges herself, and was found guilty on two counts of lewd molestation. She was sentenced to consecutive 15- and 30-year sentences.

All three of the amoral sociopaths deserve the death penalty for what they did. Spending the rest of their lives in prison is too good for them.