There’s a lot of ground out there. : Wouldn’t be hard to set something up and have it go unseen:[1] 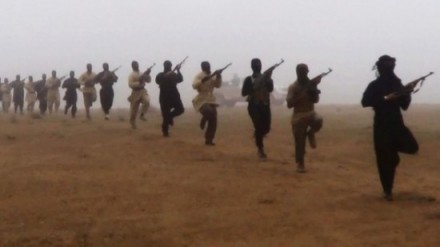 The Clarion Project has: unearthed[3]: Federal Bureau of Investigations documents detailing a 22-site network of terrorist training villages sprawled across the United States. According to the documents, the FBI has been concerned about these facilities for about 12 years, but cannot act against them because the U.S. State Department has not yet declared that their umbrella group, MOA/Jamaat ul-Fuqra, as a Foreign Terrorist Organization.

MOA stands for Muslims of the Americas, which is linked to radical Pakistani Muslim cleric Sheikh Mubarak Ali Gilani. The FBI documents that Clarion has obtained show that the group is headquartered in the well known “Islamberg” compound in rural New York. The facility in Texas is known as “Mahmoudberg.” It’s located in Brazoria county on County Road 3 near Sweeny. Sweeny is in far south Texas, southwest of Houston. The town of about 4,000 is a little under three hours’ drive from the state capital in Austin.

…The FBI documents show that MOA members have been involved in at least 10 murders, a disappearance, three firebombings, an attempted firebombing, two explosive bombings and an attempted bombing.

….The document also says that, “The MOA is now an autonomous organization which possesses an infrastructure capable of planning and mounting terrorist campaigns overseas and within the U.S.”

The good news is, it’s in Texas, so at least they are surrounded by heavily armed people.

See also: : Outrage at National “Honor” Guard troops who posed with coffin and threw hand signals to ‘put the fun back in funeral’