What’s going on at the FBI? : First they’re dragging Democrats off in cuffs[1], now this:[2] 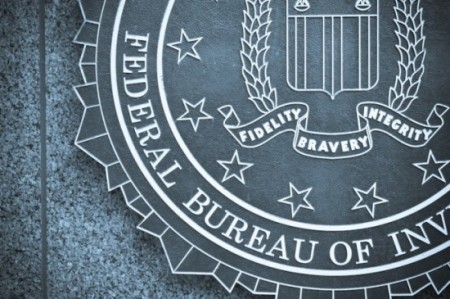 The Southern Poverty Law Center, which has labeled several Washington-based family organizations as “hate groups” for favoring traditional marriage, has been dumped as a “resource” on the FBI’s Hate Crime webpage, a significant rejection of the influential legal group.

The webpage scrubbing, which also included eliminating the Anti-Defamation League, was not announced and came in the last month after 15 family groups pressed Attorney General Eric Holder and FBI Director James Comey to stop endorsing a group—SPLC—that inspired a recent case of domestic terrorism at the Family Research Council.

“We commend the FBI for removing website links to the Southern Poverty Law Center, an organization that not only dispenses erroneous data but has been linked to domestic terrorism in federal court. We hope this means the FBI leadership will avoid any kind of partnership with the SPLC,” Tony Perkins, FRC President, told Secrets.

“The Southern Poverty Law Center’s mission to push anti-Christian propaganda is inconsistent with the mission of both the military and the FBI, which is to defend and uphold the Constitution of the United States,” he added.

But again, it makes me wonder what’s gotten into the FBI.