As a typical American girl in public school I was taught to believe that the Federal Government was our main form of government and that local governments were designed to assist them in keeping the structures of society. I did not learn what sovereignty was until I was well into adulthood. As a matter of fact it wasn’t until going on the national bus tours as National Field Director of Tea Party Express in 2009: that I learned that the Bill of Rights protected the people from an inflated national government. More specifically the tenth amendment states that the powers not delegated to limit the United States government by the Constitution, nor prohibited by it to the States, are reserved to the States respectively, or to the people. The great news is that recently states have been practicing their rights to sovereignty and bucking Federal Government. Kansas is stripping Planned Parenthood of federal funding because they can and the federal appeals court agrees.[1] 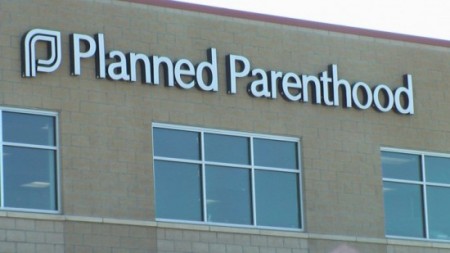 A federal appeals court on Tuesday ruled that Kansas can strip two Planned Parenthood clinics of federal family planning money while the organization moves forward with its legal challenge of a state law it says is retaliation for its advocacy of abortion rights.

Kansas is among several conservative states that have sought in recent years to strip Planned Parenthood of funding. At issue in Tuesday’s ruling is money distributed to states under Title X, a federally financed family planning program. The Title X money targets low-income individuals seeking reproductive services such as birth control, pregnancy testing, cancer screenings and treatment for sexually transmitted diseases. It cannot be used for abortions.

U.S. District Court J. Thomas Marten blocked enforcement of the state law in 2011, ruling that it unconstitutionally was intended to punish Planned Parenthood for advocating for abortion rights and would likely be overturned. He ordered Kansas to continue funding Planned Parenthood until the case was resolved. He also found the state law violates the U.S. Constitution’s supremacy clause, saying states cannot impose additional requirements for entities to qualify for federal programs.

A divided panel of the 10th U.S. Circuit Court of Appeals in Denver overturned Marten’s rulings, saying Kansas can halt the funding. Tuesday’s decision is not a final ruling on the merits of the case itself, and the appeals court sent the case back to the lower court for further proceedings. Given the split 2-1 ruling and the issues at stake in the litigation, it is also likely that the panel’s decision could be appealed to the full court for a rehearing.

I hope you throw your support to people in your state who continue to push for States Rights. If you are concerned about your country, make sure your Governor and local Sheriff share your same belief on Constitutional values. The secret that Federal Government doesn’t want you to know is that they have no power over you if local authorities support the rights of “We the People” over an inflated national government.