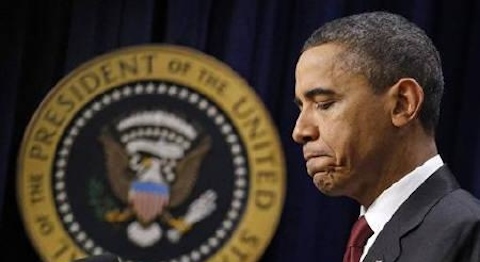 A federal judge granted the a Freedom of Information Act petition of a government watchdog group asking that the Obama administration release a government-wide foreign aid directive President Obama wanted kept hidden from the public after having signed it in 2010.

The Washington, D.C.-based non-profit Center for Effective Government brought its lawsuit seeking release of the Presidential Policy Directive on Global Development, and the court ruled the the directive is outside the scope of “presidential communications privilege.”

“This is not a case involving ‘a quintessential and nondelegable Presidential power’ – such as appointment and removal of Executive Branch officials…where separation of powers concerns are at their highest,” Huvelle wrote in heropinion. “Instead, the development and enactment of foreign development policy can be and is exercised or performed without the President’s direct involvement.”

Huvelle noted that she ordered the document delivered to her under seal last month and said she disagreed with the government’s contention that the order is “‘revelatory of the President’s deliberations’ such that its public disclosure would undermine future decision-making.” She also found that “‘the President’s ability to communicate his [final] decisions privately’ … is not implicated, since the [order] was distributed far beyond the President’s close advisers and its substance was widely discussed by the President in the media.”

The court also found it incumbent to give the Justice Department a lesson on openness and transparency.

“The government appears to adopt the cavalier attitude that the President should be permitted to convey orders throughout the Executive Branch without public oversight … to engage in what is in effect governance by ‘secret law,’” Judge Huvelle said.

A report issued in October by the Committee to Protect Journalists found that the Obama White House was the worst since the Nixon administration, and the most secretive in decades, according to: The Washington Times.

The court’s ruling Tuesday is but further proof.