Florida resident Toni Phelps will spend a year behind bars for allowing her pets, three dogs and three cats, to starve inside her foreclosed home.[1] 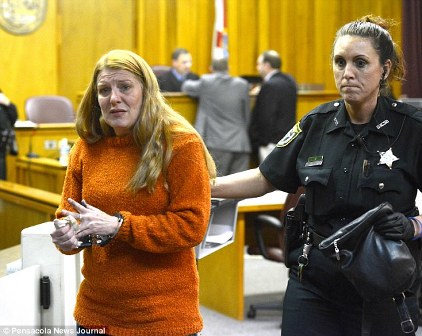 While Phelps claimed she left them in her boyfriend’s care, the court determined Phelps was the only person with access to the house and knew the animals were suffering.

Authorities found the withered corpses in the home along with evidence the animals ate trash and furniture in a futile attempt to stay alive…Neighbors reportedly told police they heard the animals wailing inside the abandoned home for about six months, and investigators claimed they found bags of dog food among the trash strewn through it.

Neighbors even called animal control, but the workers were denied entry by the woman, the prosecutor said.

The animals’ remains were only discovered when a sheriff’s deputy was able to obtain a warrant after seeing a dead animal through a window, according to the paper.

Back up and read that again. I don’t want to judge the neighbors too harshly, because they did try to do something–by calling the apparently ineffective animal control officers. But how could you hear dying animals inside a house for six months and not take more aggressive action? Why did nobody break a window? If you witnessed a baby suffocating inside a hot car over a period of hours, would you just keep making phone calls?

If you’re a witness to such blatant cruelty, it’s okay to break a window–and the law–in order to stop it.