I want to hear from people who worked under Clinton and Obama and find out who’s worse. : I’d wager it’s a toss-up:[1] 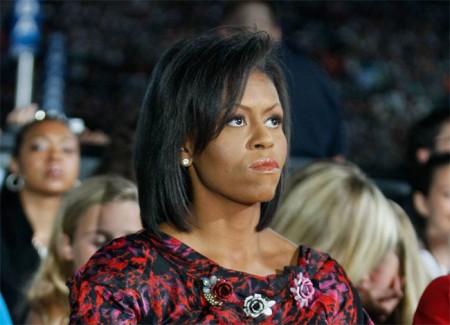 The First Lady’s office has become a “confining, frustrating, even miserable place to work,” according to Reid Cherlin, a former West Wing assistant press secretary, who provided a rare account of the inner workings of the East Wing department in an essay for: The New Republic[3].

Cherlin, who worked for the Obamas from 2007 to 2011 but has since become a writer, dished about the First Lady’s high expectations and staffers’ sense that everything has to be just right.

“The First Lady having the wrong pencil skirt on Monday is just as big of a f—k-up as someone speaking on the record when they didn’t mean to or a policy initiative that completely failed,” Cherlin wrote, quoting an unnamed former colleague.

He said that it’s “no big revelation” that the job of First Lady is an embarrassing anachronism.

After the 2008 election, he said, “there were hopes that Michelle Obama’s political appeal and charisma would enable her to transform it into something that reflected the role of modern women as equal participants in the political process.”

That never happened, he suggests, because Michelle decided to play it safe – having been burned by the intense criticism she received on the campaign trail when she said, “For the first time in my adult lifetime, I’m really proud of my country.”

Staffers long for access to the First Lady, Cherlin says. Meetings with her are rare. When she did invite a staffer to a meeting, it became a “vital status symbol, a way for staffers to measure their worth.”

“Every meeting was like an identity crisis, whether you got invited or not,” one former East Winger said.

“They don’t want to work for her; they want to be friends with her,” another said.

The restrictions Obama reportedly put on her own time created “jealousy and discontentment” among staffers, who squabbled over what little “access and responsibility” she would dispense, Cherlin claimed.

You remember all those stories about how awful it was to work for Laura Bush when she was First Lady?