The White House has painted a false picture of the influx of illegal immigrants by deliberately misleading people on the: huge spike in “family units”: crossing into Texas. According to the Daily Caller,[1]

The data, which was dumped by the U.S. border patrol late Friday afternoon, shows that inflow of youths and children traveling without parents has doubled since 2013, to 57,525 in the nine months up to July 2014.

But the number of migrants who cross the border in so-called “family units” has spiked five-fold to 55,420, according to the border patrol’s data, which came out amid a storm of news about the shoot-down of a Malaysian aircraft in Ukraine, delays in failed U.S. nuke talks with Iran, and on Hamas’ continued war against Israel. 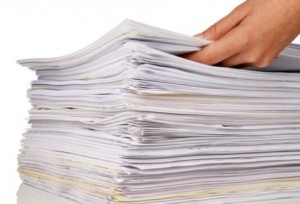 It is also being reported that in the: Rio Grande area, : more adults, parents and children are being counted than just so-called “unaccompanied children.”

The much-faster growth in “family units” has been hidden by White House and agency officials, who have tried to portray the influx as a wave of children fleeing abuse and violence.

Moral of the story? Despite: the seemingly endless: talk from the: media and Democrat politicians: about “the children” and due process, ” it’s all an agenda-driven rouse meant to tug at our heart strings.