I suppose I should be surprised, but I’m not. Especially when I see the names:[1] 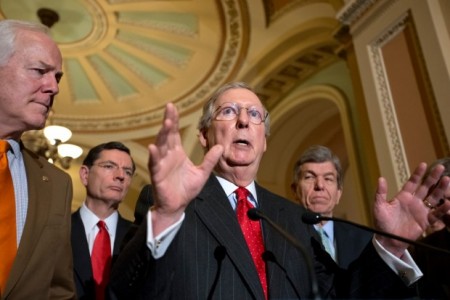 I can confirm that the attack ads in Mississippi run by “All Citizens for Mississippi” were funded by Senate Republicans, including Senators Mitch McConnell, John Cornyn, Rob Portman, Bob Corker, and Roy Blunt. It appears our Senate Republican leaders are willing to risk losing a Senate majority so long as they can get their own re-elected. Yes folks, it is true. I can confirm what we all suspected.

I won’t forget that, Sen. Blunt.

I hope the Tea Party in Missouri is looking for someone to primary you in 2016.

40 Of The Most Bad-Ass, Masculine, Manly, Alpha Male Quotes Of All Time[6]