Nothing, and I mean nothing, takes priority over the agenda:[1] 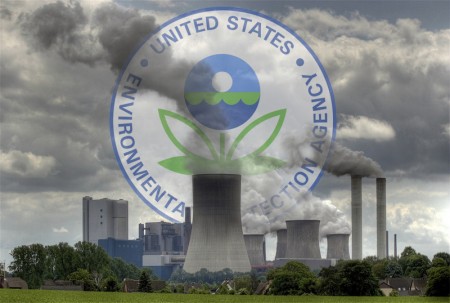 The Environmental Protection Agency has been conducting dangerous experiments on humans over the past few years in order to justify more onerous clean air regulations.

The agency conducted tests on people with health issues and the elderly, exposing them to high levels of potentially lethal pollutants, without disclosing the risks of cancer and death, according to a newly released: government report[3].

These experiments exposed people, including those with asthma and heart problems, to dangerously high levels of toxic pollutants, including diesel fumes, reads a EPA inspector general report: obtained[4]: by The Daily Caller News Foundation. The EPA also exposed people with health issues to levels of pollutants up to 50 times greater than the agency says is safe for humans.

The EPA conducted five experiments in 2010 and 2011 to look at the health effects of particulate matter, or PM, and diesel exhaust: on humans.: The IG’s report found that the EPA did get consent forms from 81 people in five studies. But the IG also found that “exposure risks were not always consistently represented.”

“Further, the EPA did not include information on long-term cancer risks in its diesel exhaust studies’ consent forms,” the IG’s report noted. “An EPA manager considered these long-term risks minimal for short-term study exposures” but “human subjects were not informed of this risk in the consent form.”

According to the IG’s report, “only one of five studies’ consent forms provided the subject with: information on the upper range of the pollutant” they would be exposed to, but even more alarming is that only “two of five alerted study subjects to the risk of death for older individuals: with cardiovascular disease.”

Your life is expendable to the collective.

If they have to kill you in order to further the agenda, then you will be missed.

See also: : Two More Democrat Senators Have Come Out Against Obama’s Plan to Give Away Control of Internet: