While the IRS is going through the paperwork of every Tea Party group in the country, remember that they’re also employing this guy:[1] 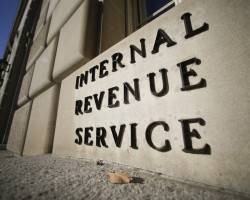 In 2008, Russell/Rasool was prosecuted for his role in tipping off Abdullah Alnoshan, a close associate of al-Qaeda cleric Anwar al-Awlaki and a friend of Russell’s from their mosque.: According to the Justice Department’s: Statement of Facts[3]: filed at the time of Russell’s indictment, Alnoshan provided license plate numbers to Russell for cars he believed were conducting surveillance on him. Russell then checked those plate numbers in the FBI’s NCIC database, which came back to a leasing company which federal prosecutors claimed would have tipped off Russell to the bureau’s surveillance.

He left a phone message for Alnoshan that the FBI intercepted.

Prosecutors also claimed that on more than a dozen instances, Russell checked his name, the names of relatives, and other friends to see if they were listed on the Violent Crime and Terrorist Offender File on NCIC without an authorized reason for doing so.

According to the: Washington Post, Russell’s tip-off to Alnoshan actively: obstructed their investigation[4]:

The target was arrested in November 2005, then convicted and deported, according to court filings in Rasool’s case. Assistant U.S. Attorney Jeanine Linehan said that the target and his family were already dressed and destroying evidence at 6 a.m. when agents arrived to make the arrest, indicating that they had been tipped off.

In his defense, it was either this or work as an Obamacare Navigator.

See also: : What Say To An “Individual Shared Responsibility Payment” To The IRS?