The gun control lobby loves to point out that, unlike hunting rifles, a handgun’s only purpose is to kill another person. This is technically true–but it sure does come in handy when that person is a gun-wielding maniac holding up a store and threatening to kill everyone[1], as was the case in Orrville, Alabama, on Thursday. 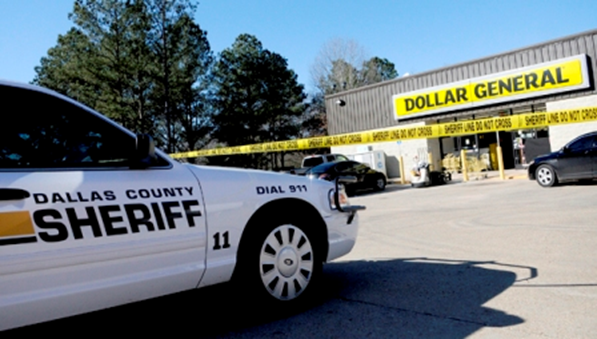 An armed man entered an Orrville, Ala., Dollar General on Thursday, waved his gun in the air and threatened to kill everyone, AL.com reports. Though motive is unclear, he never got the chance to hurt anyone because a customer carrying a concealed handgun neutralized him with a deadly shot.

Dallas County Sheriff Harris Huffman Jr. told WSFA-TV that the gunman held a cashier and customer at gunpoint, forcing them toward a break room area. It was at this point that the customer reportedly drew his firearm and shot the suspect one time in the chest. The entire incident took less than five minutes, police say.

Yes, guns kill people. But in the hands of responsible people on the scene, they can also prevent a tragedy–long before police have a chance to respond.