Where are those Occupy Wall Street People when we need them? It looks like the next round of bailouts is going to health insurance companies affected by Obamacare. 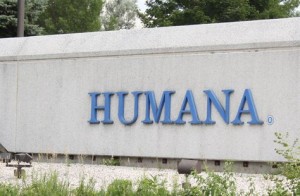 Humana announced that it expects to tap the three risk adjustment mechanisms in ObamaCare for between $250 and $450 million in 2014…Humana is expected to book the money as revenue to offset shortfalls between what it collects in exchange premiums and pays out in medical claims.

Weasel Zippers calls it “the tip of the iceberg.”