Horror! ISIS Raping Women — Then Put Them Up for Sale… Children Crucified!

ISIS is at it again – they are now taking women, children and doing the unthinkable to them.

This is what ISIS is doing to children! 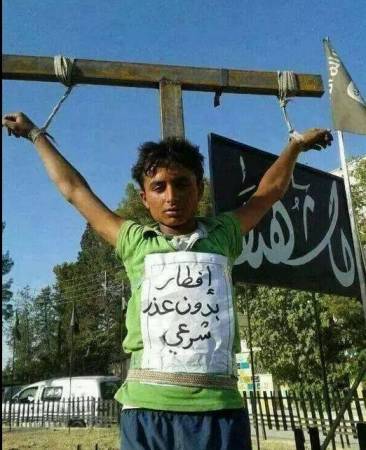 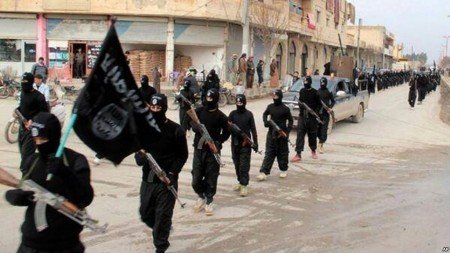 An Iraqi Christian refugee named Rwaa called into the BBC[5] today to describe the horrific situation in Iraq. Rwaa fled the Christian city of Qaraqosh on Thursday with her children and cousin as ISIS rebels took control of the town.
Rwaa said,

“We fled last night, actually at 3 AM in the morning. We were at home when someone came and told us to, “Leave! Leave!” We left with our clothes only. We didn’t even take our passports. And (crying) we have no place to go because no one wants us here. They took everything from us… They took the women. They raped them. They are selling them. For God Sakes, they are selling them! What century are we?”

Tens of thousands of Iraqi Christians are fleeing for their lives after ISIS militants seized the town of Qaraqosh.

This is a real fight, people. REAL people are dying. These are children and the ISIS pig barbarians are slaughtering innocents in the name of their “cause”. They are raping women and SELLING them. This is fight for each and every person on the planet. Pray for Iraq. Get informed and get involved.

The Problem With Airbrushing Kim Kardashian