This makes even the most rational person wonder what they are trying to cover up:[1] 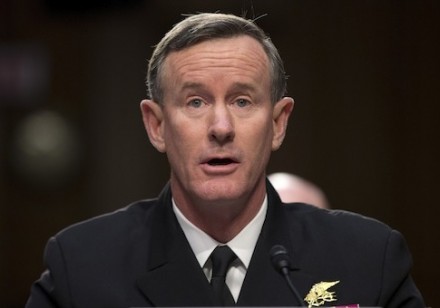 Judicial Watch announced Monday that it received documents through a Freedom of Information Act lawsuit showing that Admiral William McRaven ordered the immediate destruction of any photos of Osama bin Laden’s death within hours of a Judicial Watch FOIA request.

According to the Pentagon documents, McRaven sent his email on “Friday, May 13, 2011 5:09 PM.” The documents do not detail what documents, if any, were destroyed in response to the McRaven directive. The Judicial Watch FOIA lawsuit seeking the documents was filed in the United States Court for the District of Columbia only hours earlier. Judicial Watch also announced the filing at a morning press conference. […]

The move by McRaven to purge the photos appears to have come, at least in part, in response to aggressive efforts by Judicial Watch to obtain images of the deceased bin Laden that President Obama, in a rewrite of federal open records law, had refused to disclose. In addition to its May 2, 2011, FOIA request with the Pentagon Judicial Watch filed an identical request on May 3, 2011, with the CIA. When neither the Defense Department nor the CIA complied with the FOIA requests, Judicial Watch, in June 2011, filed FOIA lawsuits against both agencies. In the course of the litigation, the Pentagon claimed that it had “no records responsive to plaintiff’s request.”

So what do you think? : Are they covering something up, or are they just afraid releasing the photos will cause worldwide riots and deaths? : Did Osama really get dumped in the water, or was he dead years ago and Obama just wanted a win? : Or is it something else?

Sound off in the comments.