They wanted standing. : So they passed a bill[1] giving it to themselves: 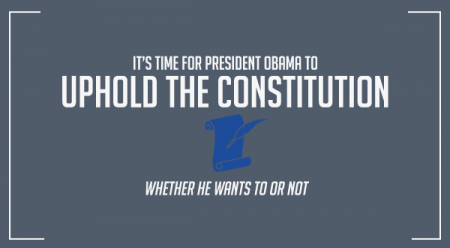 Casting Barack Obama as a president run amok, the House voted on Wednesday for a bill that would expedite congressional lawsuits against the chief executive for failure to enforce federal laws.

The vote was 233-181 in the Republican-led House as GOP lawmakers excoriated Obama for multiple changes to his 4-year-old health care law, steps he’s taken to allow young immigrants to remain in the United States and the administration’s resistance to defend the federal law banning gay marriage.

Ignoring a White House veto threat, the GOP maintained that the bill was necessary as the president has selectively enforced the nation’s laws.

“Throughout the Obama presidency we have seen a pattern: President Obama circumvents Congress when he doesn’t get his way,” said Rep. Bob Goodlatte, R-Va., chairman of the Judiciary Committee.

Honestly, Mark Levin is right. : Last night, he said this is a dead letter.

There’s no way Reid and Obama are going to let this go anywhere.

Also, do you really think this is the solution? : Or is it more along the lines of an Article 5 convention?

Let me know what you think in the comments.