How the Feds Reportedly Plan to Seize $200,000 From a Man Dismissed by Judge of Wrongdoing

Imagine that your house and money was confiscated by authorities for a possible crime but despite the judge dismissing you of all charges the federal government liked your money so much, they decided to keep it… true story.[1] 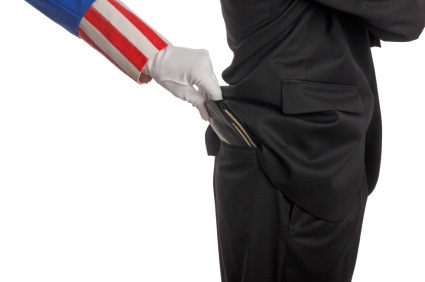 Minneapolis tobacco shop clerk Mokrane Rahim was arrested in November 2012 after undercover police purchased synthetic marijuana, also known as K2 or “spice”, from his shop, according to the Minneapolis Star Tribune.

Police found 72 pounds of a “green, leafy substance” in Rahim’s apartment, along with a Mercedes-Benz and slightly more than $200,000 in cash.

The problem: while synthetic marijuana would soon be outlawed, at the time of Rahim’s arrest it wasn’t explicitly banned.

Legally, Rahim is now in the clear, as all charges against him have been dismissed and a judge ordered the return of his confiscated property.

But the federal government apparently plans to hold onto his money.

U.S. Attorney Andrew Luger has filed a lawsuit to allow the government to keep the money, the Minneapolis Star Tribune reported; while the state of Minnesota would only be able to keep seized funds in the event of criminal conviction, the feds apparently have legal standing to keep the money because synthetic marijuana was an “analogue” of an illegal substance at the time of the seizure.

“It is possible to have a civil case, a forfeiture action, without a criminal case attached to it,” said Tasha Terry, a spokeswoman for Luger. “As far as the specifics on this case, we are moving forward with this forfeiture.”

Rahim’s attorney declined to comment on the Star Tribune story, but it seems Rahim is not planning to fight the feds for the money.

No matter what you think of this guy… if you allow federal government to pick and choose to seize private citizens property without cause, anyone is a target.

Also,
How a Progressive Leftist says “I’m too cheap to tip.”[3]