Howard Stern vows to stop voting Democrat: “They are Communists”

I’ve always had a soft spot for Howard Stern. He’s smart, he’s hilarious, and his show has always had libertarian leanings. Now, it looks like he’s officially left the liberal plantation. [1] 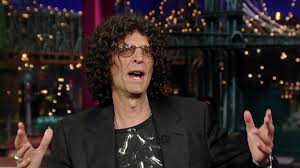 After FCC commissioners announced they have reached a deal to approve the merger of Sirius and XM, Stern ranted about Democrats’ ‘gangsterism’ and ‘communism’ and the obstacles to the merger.

Stern described a phone conversation he had with his agent, who he described as a “liberal Democrat kind of guy.”

“I go, ‘That’s it!’” Stern said. “[I] go, ‘You know what Don, I’ve voted Republican and I’ve voted Democrat. I have vowed I will never vote for a Democrat again. I don’t give a [expletive] — no matter who they are. I don’t care if God becomes a Democrat.’ I said, ‘I backed Hillary Clinton, I backed Al Gore, I backed John Kerry. I am done with them.’”