After two young girls, age 12 and 14, were gang-raped and murdered in India last week, an Indian state minister responded by saying sometimes rape is okay. [1] 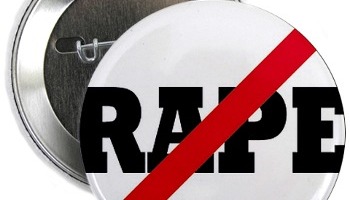 There’s a special place in hell for anyone who responds this way to such a horrific crime.

The latest controversial remarks by an Indian politician about rape came as political leaders of Uttar Pradesh, the state where two cousins aged 12 and 14 were raped and hanged last week, have faced criticism for failing to visit the scene and for accusing the media of hyping the story…A regional politician from Modi’s own party, the Bharatiya Janata Party (BJP), said on Thursday that the crime of rape can only be considered to have been committed if it is reported to police.

Yeah–why didn’t those two dead girls report their rape to the police? Oh, that’s right, because they’re dead. This guy is not just evil, but stupid. Anyway, you know how liberals like to lecture people on the need to respect other cultures? I’ll pass. If these beliefs are part of Modi’s “culture,” you’re damn right I don’t respect it.
Also see: Seven Differences Between Winners and Losers[3]
Endnotes: