Any time some Republican proposes a minor, yet perfectly reasonable, restriction on welfare benefits, the left responds with hysterical screams about starving children and people “dying in the streets.” This rhetoric has always been drama-queen baloney. (For starters, statistics show that, far from “starving,” people get fatter as they spend more time on food stamps[1].) But it also turns out that–whoops!–welfare recipients in Iowa can use government cash to hit up the strip club.[2] 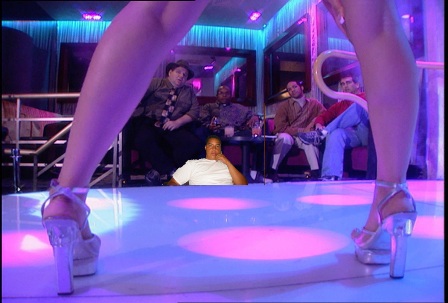 : Until very recently, Iowa was one of those compassionate liberal states where people believe attaching rules or restrictions to welfare checks:  amounts to “a war against the poor.” But they’ve finally decided that maybe the taxpayers shouldn’t pay for booze and lap dances.

The strategy actually: is: an improvement over what the state had been doing, which was: nothing.

Until February, Iowa’s: Family Investment Program: had no restrictions on how the cash assistance it paid out could be spent or where its EBT cash cards could be used. Because there were no restrictions, FIP’s parent, the: Iowa Department of Human Services, never bothered to track EBT card transactions.

Where is the voter outrage? I consider myself a compassionate person who doesn’t mind paying taxes to support the elderly, the disabled, and the truly desperate. But the idea of someone using money meant for groceries and diapers for a night at the club is infuriating.

Also see: The 25 Most Motivational Quotes of All Time [4]