Government News In Iran: Men Have The Right To Rape Any Unveiled Woman

I can’t make this stuff up: According to a writer for the Iranian Government News[1]… if your daughter chooses to show the beauty of her bare head in public without permission of men, any man turned on by her will have the right to follow his sexual instincts and penetrate her without her permission. 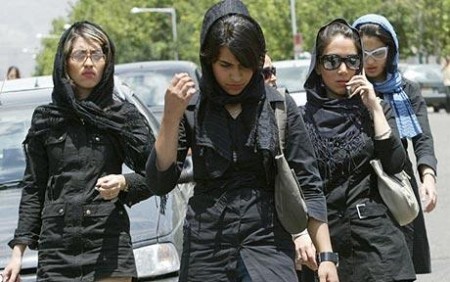 Mohabat News — Thousands of women in Iran have shared photos of themselves without the mandatory headscarf (i.e. hijab). The popular action has so far attracted more than 300 thousand users on Facebook and thousands of Twitter users tweeting under the hashtag #MyStealthyFreedom. The Facebook page was created by Masih Alinejad, an Iranian journalist living in exile in London, England.

In the interview Sharifi accused Alinejad of being associated with the CIA and explained that those who have “liked” the campaign’s Facebook page did so to stay informed of the developments instead of being aligned or supportive of the cause. Sharifi said that if women feel it is their right to show off their beauty, or appear any which way they desire in society, or reveal their beauty to men, then they should also consider the right of men to enjoy women. He attempted to explain that because it is natural and instinctual for a man to be drawn to the beauty of a woman and seek sex with her, it is a man’s right to benefit from what he loves. Sharifi said that when a man forces himself onto a woman because she is “showing off her beauty”, this [should not] be considered rape.

Sharifi said since men have not granted women permission to show off their beauty, then men who become aroused by the “nakedness” of women do not need the permission of women to pursue their sexual urges.

You can use a similar argument for this Madman Wielding Clever Rampages Through Elementary School Chopping Children on the Playground [VIDEO][3] was only following his urges and wasn’t at fault. Just sayin’… stupid excuses for violent behavior can only be made by people who are looking to excuse behaviors they want to practice.