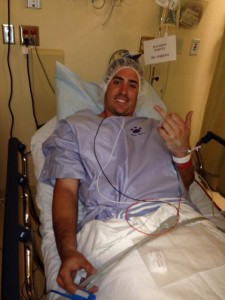 [1]Young men because they’re young occasionally do something stupid. So I’ll cut Matt Harvey some slack for releasing a pic of him giving the bird on his Twitter account. The timing of his pic release is pretty curious considering its six months after it was taken. Last night another stud pitcher for the Mets, Henry Mejia, pitched a gem allowing no runs in 7 innings against the St. Louis Cardinals.

Was Matt trying to steal the show from Henry? If that was the case he better smart’en up quick before he turns into an asshole!