Context is everything!:  We’ve been told by the Obama regime that Al Qaeda is on the run and their leadership decimated.:  But, Benghazi happened.

: All of a sudden in the midst of the NSA spying scandal that President Obama called phony, senior U.S. officials are saying a ‘Big,’ ‘Strategically Significant’ terrorists attack[1] is in the works?

Radio host Michael Savage has his doubts too. 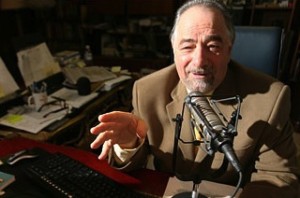 [3]“Do you believe this terror alert is real, or an attempt to justify spying on American citizens?” Savage began. “Why should I believe this at all?”

After a caller pointed out that the last evening of Ramadan is the night of power, suggesting that they could find a “camel leaded with C-4,” Savage mused on the origins of alleged Muslim violence.

“Where does this come from, that an offshoot, or a segment of individuals within the religion, believe it’s their duty now to go and kill and blow things up?” he asked. “What about Christmas? Doesn’t Christmas empower Christians? How come don’t they go out on a rampage at the end of Christmas?”

Cross posted at The Last Tradition[5]