The Religion of Peace strikes again[1]: 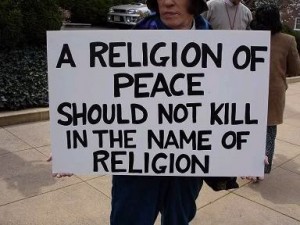 In one attack, a car bomb went off near a church during Christmas Mass in the capital’s southern Dora neighborhood, killing at least 26 people and wounding 38, a police officer said.

A little bit earlier, a bomb ripped through an outdoor market in the nearby Christian section of Athorien, killing 11 people and wounding 21, the officer added.

There was no immediate claim of responsibility for the attacks, but Iraq’s dwindling Christian community, which is estimated to number about 400,000 to 600,000 people, has often been targeted by al-Qaida and other insurgents who see the Christians as unbelievers.