‘I’ve been impersonated online for eight years’: Meet the woman forced to legally change her name after being robbed of her own identity

Anne Katzen decided to take matters into her own hands after she is cyber stalked for nearly a decade and makes a bizarre move of her own. [1] 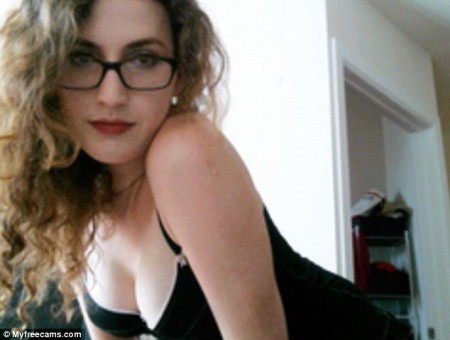 The thought of being impersonated and harassed online is a nightmare for many people, but for one New York woman, living alongside ‘caricatures’ of herself created by an ‘obsessed, mentally ill stalker’ is a daily reality. In a candid essay for Salon, Anna Katzen, the 25-year-old’s pen name, reveals how for the past eight years she has lived with fake social media profiles, lurid blogs and embarrassing forum postings that use her pictures and full name.

‘Using my name, this person trolled dozens of websites, ranging from an amateur models’ forum to an obesity support group, instigating fights with strangers who kindly instructed me to f*** off and die,’ Miss Katzen, who was later forced to legally change her name, writes.

Recently, she even received an invitation to connect on LinkedIn — from herself. The fake profile, which read ‘F*** the learning environment!’, was accompanied by a picture of Miss Katzen reading a copy of Russian Playboy. The photo was taken in 2006 when she was 17 years old, after being lifted from a LiveJournal blog she kept as a teenager that chronicled her ‘high school grievances, daydreams and photos taken with my best – and only – friends, Brian and Gwen.’

She said that at first she tried to fight back by contacting website administrators and law-enforcement agencies.
‘But, as soon as one profile was removed, three new, more malicious ones emerged in its place,’ she says. ‘And unlike me, the culprit was technologically savvy, hiding behind fake IP addresses and proxy servers.’

‘I legally changed my first and last names and I eschewed all social media platforms,’ she says.

Last summer, Miss Katzen, a Harvard graduate, quit her job at a New York City nonprofit to become a webcam girl ‘who strips and performs online sex shows for a living’.

Now going by an online alter-ego, Marina, Miss Katzen says that ‘exposing myself on my own terms actually empowered me to take control of my online image in a new way.

Miss Katzen gives new meaning to the term ‘if you can’t beat ’em join ’em’. I’m not sure if her response to become what might be called an online slut was the best but thank goodness this is America and she can do whatever she wants!

Also,
Powerful Letter of Fort Hood Solider Penned Asking for His ‘God-Given Right’ to Arm Himself on Base [READ][3]