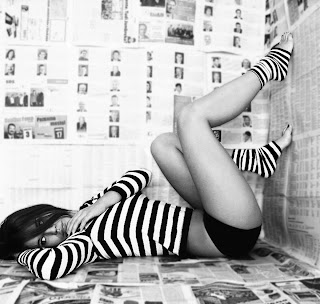 Not unlike being trapped with elderly ancients whining and pining about how the country is on a highway to hello.[2]: :

Zooming in on Great Satan haters in the Internat’l Community of jerks, creeps and tyrants reads like a fun to be with event in your local newspaper:[3]

From Caracas to Tehran, political leaders who have defined themselves through their caustic anti-American rhetoric, men who shook masses of followers into frenzies of anti-Washington fervor, are having some very, very bad days.


Venezuelan President Hugo ChÃ¡vez, who still refers to Great Satan as “The Empire,” the man who fanned himself on the UN stage to blow away the heckish devilish fumes smell of 43,[4] and later said he could still smell sulfur after 44 stood at the podium[5], has become gravely ill. The populist ChÃ¡vez manipulated his country’s laws hoping to stay in power until 2030, but now he has cancer. With few details revealed other than his admission that he had cancer surgery in Cuba, it’s hard to know what the prognosis is. But it seems unlikely ChÃ¡vez’s disastrous one-man rule of Venezuela will last another two decades.


ChÃ¡vez’s good pal Mahmoud Ahmadinejad is going through some difficulties of his own.[6] The Iranian president, whose own hate-filled speeches have triggered walkouts at the UN – as when he said most people blame Washington for the 9/11 attacks – is gradually losing power. The ayatollahs who helped him retain the presidency after the protests that followed the disputed 2009 election, have had enough of Ahmadinejad. He got too big for his britches and now the turbaned ones[7] want him out. He may or may not stay in office, but he has lost much of his power.


Neither Ahmadinejad nor ChÃ¡vez would get much sympathy from another of their best friends, Syrian President Bashar al-Assad. Assad is fighting for his political life, and doing it by killing hundreds upon hundreds of pro-democracy demonstrators in his own country. The demonstrators continue the fight. Assad has lost all legitimacy. He had tried to wear the mask of a moderate reformer, but now all Syrians, all Arabs – the entire world, really[8] – know the truth. He is a butcher who will stop at nothing to hold on to power.

The troubles for Dr General President For Life Bashar Bay Bee[9] and Gay Free [10]Persia’s fiery little rocketeer Ahmadinejad could give ulcers to Hiz’B’Allah’s overtly robust bespectacled rocket rich Body Part Collector [11]General H’Ssan Nasrallah[12], who has his hands full with some serious jank [13]of his own design.:

A U.N. Special Tribunal has indicted four Hiz’B’Allah members[14] in the assassination of former Lebanese Prime Minister Rafik Hariri. Nasrallah had desperately tried to prevent this from happening. That’s because the indictment rips the veneer off Hiz’B’Allah’s claim to work only for the protection of Lebanon.[15] Most Lebanese know his militia was created by Iran, armed by Tehran and Damascus, and worked at the behest of the Iranian and Syrian regimes. Hariri’s killers sought to protect Syrian control of Lebanon by eliminating its most effective critic.


In Iraq, that other anti-American cleric, Moqtada al-Sadr, is fuming because the government may ask some American soldiers to stay in Iraq. All Great Satan’s combat cats troops are scheduled to unAss the place at the end of this year. But many in the Iraqi government want to ask Great Satan hang out a while longer.


Of course, America’s best-known enemy, ObL, is out of the picture. He may or may not[20] be enjoying the services of 99 virgins in paradise. But he has finally given his life for the cause, something he wanted only his followers to do.

Lest too much hap hap happiness is taken[21] from mocking the afflicted or dead:  – there are some evil minder control freaks enjoying that four hour glow from gobbling multiple extenze

Ahmadinejad’s domestic foes may hate Great Satan’s guts even more than he does. In Arab countries where America has lost important friends, their replacements could create new difficulties.

In Aegypt, the most powerful political party is the MoBroHood[22], hardly fans of America (or girls. Shudder[23]). But even more troubling is what we’re learning about the “liberal” parties. The vice president of Wafd, the biggest secular party, recently declared that 9/11 was “Made in America,” the Holocaust is a “lie,” and Anne Frank a “fake.”[24]

So even as enemies au courant are getting backed up, jacked up and slack jawed – new opportunities and maybe even new enemies are raising their pointy little heads. The latest issue of Jank Times.: