Jeb Bush Says History Will Be Kind to George W.

“In his four years as president a lot of amazing accomplishments took place,” said Jeb Bush, the son of former President George H.W. Bush, during an interview on NBC’s Meet the Press. “So my guess is that history will be kind to my brother, the further out you get from this and the more people compare his tenure to what’s going on now.”

The 43rd president has largely stayed out of the spotlight since leaving office. After presiding over broad public discontent over the Iraq War and a flailing economy, George W. Bush left the White House with poor approval ratings and was notably unpopular even within his own party. 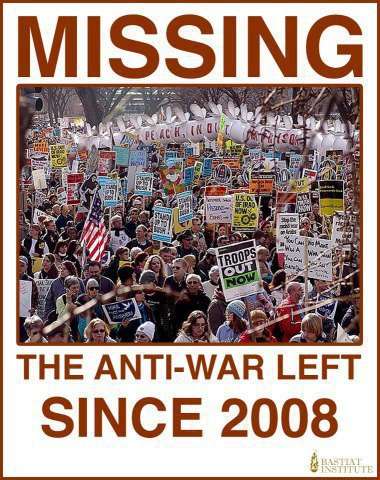 The bit of evidence that is most charitable to the theory that Bush eroded his popularity & credibility because of his conservative credentials, rather than in spite of them, is the nation’s festering distaste for the Iraq war. But today, we know that anti-war feeling was only fashionable as long as a Republican was in the White House. Someone, somewhere, has decided that with Emperor Barry in charge, vaporizing terrorists with drones is cool again.

Apart from that, why else do people “hate Bush”? A bunch of democrat-friendly things. Medicare Part D. No Child Left Behind. Budget after budget passed, bigger every year, with no veto. Illegal immigrants do the jobs Americans won’t do.

I honestly don’t know why Republican officials seem to think they can recapture or build up their momentum by governing like democrats. This is something that has never worked. Ever.

But you know, you ask the loud people who are insistent on having the last word all the time, why George Bush was so loathed. You get back two answers: Lied about WMDs as a pretext for war in Iraq, and tax cuts for the rich. These are not grassroots answers; let’s be clear about that. Real people don’t use the word “pretext.” And real people don’t hate freedom.

I think, overall, Jeb’s going to be right on this. He is already. Who wouldn’t like 4.6% unemployment, gas two-something a gallon, and a AAA credit rating for the country right now?

The “George W. Bush was the worst president ever” thing has already aged about as well as a pack of halibut someone forgot to put in the fridge.