Having a famous — or infamous — father has its benefits and detractions, I imagine. Unfortunately for Jeremiah Wright’s daughter, it’s more the latter in a recent crime spree:

Jeri Wright was found guilty of a: fraud scheme that siphoned thousands of taxpayer dollars intended for a not-for-profit work and education program known as We Are Our Brother’s Keeper. Prosecutor Timothy Bass said[1]: Jeri Wright lied “over and over” and went on a “spending spree” that included traveling to Las Vegas, buying vehicles, and remodeling her basement with cash from the money laundering scheme. She was found guilty on all counts.

Wright says she’ll appeal, but this is a pretty serious conviction. Hopefully, this will go quietly in the end, and she will return to her senses. 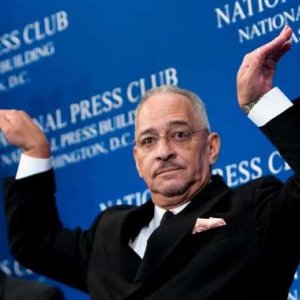 ALSO SEE: The 15 Most Annoying Things About American Culture [2]