Joe Biden Wants Male Reporters To Stay In The Closet

Originally posted at Newsreal’s That’s What She Said[1]:

At a political fundraiser in Florida, Vice President Joe Biden and/or his staff issued their own Don’t Ask, Don’t Tell policy against reporter Scott Powers. To ensure that he literally could not ask, nor tell, they locked him in a closet.[2] Can’t have the riff-raff fraternizing amongst the fancy pants guests, now can we?

An aide to Vice President Joe Biden has apologised to a reporter who was locked in a closet for hours after he was invited to cover a Florida political fundraiser because they did not want him talking with the guests.

Spokeswoman Elizabeth Alexander said the decision to hold local reporter Scott Powers there was a ‘mistake’.

And she claimed an inexperienced staffer had put Powers in the closet instead of a ‘hotel room’ as was their normal practice.

Okay, I know the fact that someone was locked in a closet shouldn’t be funny – and I’m sorry reporter dude – but that’s Joe Biden comedy gold.  Oh, the transparency! Also, keeping people in a closet? H8Rs!!!1111  I hope Meghan McCain weighs in![3] 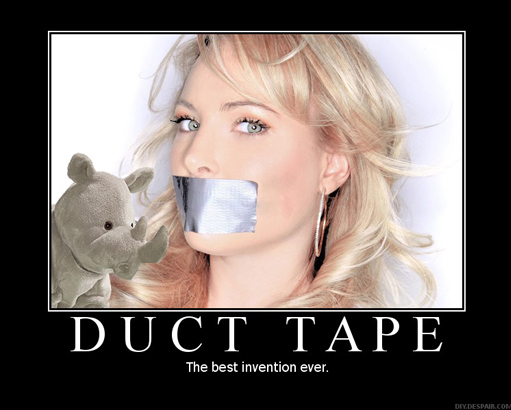