Justice Scalia: You Are ‘Kidding Yourself’ If You Think World War II-Style Internment Camps Will Never Happen Again

Below is a picture of Camp Kohler, a Japanese internment camp near where I grew up in Sacramento. All the fencing is intact and to imagine the holding of free Americans within that barbed wire gives me an ominous feeling. I have no idea why this camp wasn’t torn down but Justice Scalia is stirring up people over recent statements over the holding of Americans. 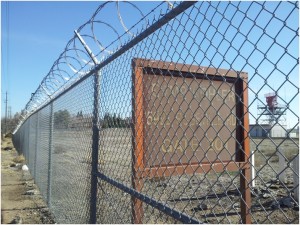 Don’t fool yourself into believing that the Supreme Court will never again allow a wartime violation of civil rights like it did in allowing internment camps for Japanese-Americans during World War II, U.S. Supreme Court Justice Antonin Scalia warned law students at the University of Hawaii on Monday.

Scalia said the nation’s highest court was wrong to uphold the internment of Japanese-Americans during World War II, but something similar could easily happen during a future conflict. In a 1944 decision in Korematsu v. United States, the Supreme Court upheld the convictions of Gordon Hirabayashi and Fred Korematsu for violating an order to report to an internment camp. He also cited a Latin expression meaning, “In times of war, the laws fall silent.”

“Well of course Korematsu was wrong. And I think we have repudiated in a later case. But you are kidding yourself if you think the same thing will not happen again,” Scalia told students and faculty during a lunchtime Q-and-A session. “That’s what was going on — the panic about the war and the invasion of the Pacific and whatnot. That’s what happens. It was wrong, but I would not be surprised to see it happen again, in time of war. It’s no justification, but it is the reality,” he added, according to the Associated Press.

Avi Soifer, the law school’s dean, said he believed Scalia was suggesting people always have to be vigilant and that the law alone can’t be trusted to provide protection. Soifer said it’s good to hear Scalia say the Korematsu ruling was wrong, noting the justice has been among those who have reined in the power of military commissions regardless of the administration.

“We do need a court that sometimes will say there are individual or group rights that are not being adequately protected by the democratic process,” Soifer said.

Scalia was appointed to the nation’s highest court in 1986, making him the longest-serving justice currently on the court. 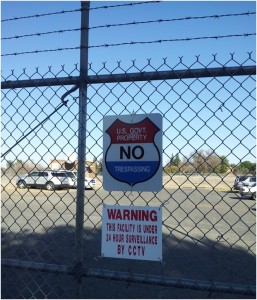 [2]
We need a court willing to uphold the Constitution, the document that holds the people’s rights. It is only in people unwilling to bend the Constitution to their own will that will protect the sovereignty of the individual. I look at these pictures of Camp Kohler as an example of the raping of the Constitution and a people compromising freedom for fear.

See also,
Congressman Broun: There is ‘substantive information and evidence to impeach the President’[3]