After Kansas passed a law protecting the citizens of that state from 2nd Amendment violations by the federal government, Eric Holder got very upset[1]. 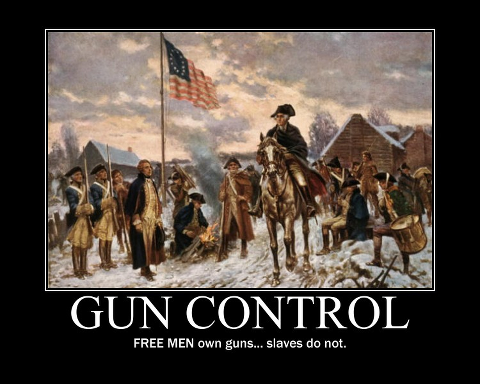 The office of Kansas Gov. Sam Brownback received a letter from U.S. Attorney General Eric Holder on Thursday, informing Brownback that his state’s recent passage of Senate Bill (S.B.) 102, which nullifies any new federal gun control laws within the state of Kansas, will not be considered legitimate by the federal government.

S.B. 102 is “unconstitutional” because in “purporting to override federal law and to criminalize the official acts of federal officers…(the bill) directly conflicts with federal law,” Holder wrote.

…Holder concluded by informing Brownback that “federal law enforcement agencies…will continue to execute their duties to enforce all federal laws and regulations,” and he then threatened the state with “litigation, if necessary, to prevent the State of Kansas from interfering with the activities of federal officials enforcing federal law.”

The letter concludes by saying,

In conclusion, the state of Kansas stands firmly on the principles laid out in t he United States Constitution. SB 102 is fully supported by the Second Amendment, the Tenth Amendment, and the limited scope of the Commerce Clause. The Obama Administration has repeatedly violated the United States Constitution for the past four-and-a-half-years. That abuse cannot continue. The state of Kansas is determined to restore the Constitution and to protect the right of its citizens to bear arms.

If EVERY STATE IN THE UNION has exactly that kind of attitude, this country would be a lot better off.