Secretary of State John Kerry told Rep. Chris Smith, a New Jersey Republican, that an American pastor sitting in an Iranian prison cell, was never brought up during the nuclear deal because they didn’t want to turn him into a hostage[1]. 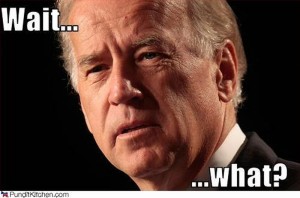 Rep. Chris Smith, a New Jersey Republican, asked during a House Foreign Affairs Committee hearing on Iran negotiations whether it was true that the case of Saeed Abedini, an American pastor imprisoned in Iran, was raised with the Iranians during negotiations, as well as Amir Hekmati and Robert Levinson.

“The answer is that is not true,” Kerry said. “I personally raised the issue with Foreign Minister [Javad] Zarif when I first met him, the very first time. And we have not linked it directly to the nuclear issue because we believe that prejudices them, and also prejudices the negotiations – we don’t want them to become the hostages or pawns of a process that then gets played against something they want with respect to the nuclear program. Nor do you, I think. We want them returned because they’re American citizens, because they have to be accountable to us for them, and they deserve to be returned on a fundamental humanitarian basis.”

Lost on Kerry is the fact that THEY ARE ALREADY HOSTAGES!