The D.C. police haven’t rules out terrorism and it would be a heck of a coincidence if there was a connection here.: 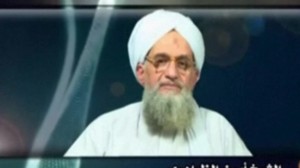 [2]n an audio speech released online a day after the 12th anniversary of the 9/11 strikes, Zawahri said attacks “by one brother or a few of the brothers” would weaken the U.S. economy by triggering big spending on security, SITE reported.

Western counter-terrorism chiefs have warned that radicalized “lone wolves” who might have had no direct contact with al Qaeda posed as great a risk as those who carried out complex plots like the 9/11 attacks.

“We should bleed America economically by provoking it to continue in its massive expenditure on its security, for the weak point of America is its economy, which has already begun to stagger due to the military and security expenditure,” he said.

Keeping America in such a state of tension and anticipation only required a few disparate attacks “here and there”, he said

“As we defeated it in the gang warfare in Somalia, Yemen, Iraq and Afghanistan, so we should follow it with …war on its own land. These disparate strikes can be done by one brother or a few of the brothers.”

Remember this story and it might not hurt to put it in your Favorites.