“Islamization” sounds like a big bad scary voodoo word. But it’s really just a process of a society’s conversion to the religion of Islam through imposing an Islamist social and political system on a society with an indigenously different social and political background. This enormous impossible looking task has given new meaning to the saying ‘When eating an elephant, take one bite at a time’. In the UK believers of Islam have taken on the task in the smartest way possible, the education system. You can change the belief of a society if you start with re-educating the children. The problem with the strategy is a recent document with this plan written of islamization through state schools was recently discovered.[1] 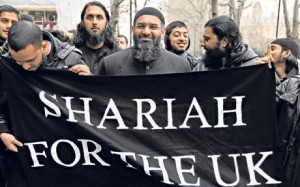 The UK continues to circle the drain thanks to its “multiculturalism” policies.

Head teachers reveal how they’ve been bullied, smeared and driven from their jobs for resisting Islamic extremists[3] – Daily Mail

Erica Connor’s eyes widen as she reads the four-page letter purportedly outlining a plot by Muslim fundamentalists to take over state education. It brings back terrible memories for the former headmistress who won :£400,000 in compensation after religious zealots forced her out of the primary school she loved in the English Home Counties.

‘It’s a letter that makes me realise nothing has changed in our schools,’ she tells us with a sad smile. ‘Muslim extremists used an identical strategy to get rid of me and nearly ruined my life.’

At the height of the vicious campaign to oust petite, impeccably dressed Erica as head of New Monument school in Woking, Surrey, she faced vile abuse from school governors and was smeared as a racist hater of Islam in a parents’ petition. She was even advised by police to carry a personal alarm in case she was physically attacked. One evening, she only narrowly escaped a skirmish with youths who surrounded her threateningly in the playground at the school, which is a few yards from the first mosque to be built in Britain, in 1889, called Shah Jahan or ‘King of the World’.

Erica has added her own concerns about the Islamisation of state schools in Britain to those of dozens of teachers, classroom assistants and school staff to whom we have talked following widespread reports of the letter in the media. The document – entitled Operation Trojan Horse – originates in Birmingham and was leaked anonymously to a Sunday newspaper. It purports to outline a strategy of identifying schools in Muslim neighbourhoods, ridding them of non-Muslim heads and parachuting in strictly Islamic teachers and removing those who are not, as well as frightening Muslim parents into believing Western education is dangerous for their children. […]

But the teachers we have spoken to say radicals are routinely infiltrating governing bodies and senior posts in multi-faith or non-denominational schools in order to take control of them. They tell of demands for strict dress codes, including long sleeves and wearing of the hijab for women teachers and girl pupils, and calls that Christmas celebrations, Easter eggs and any reference to Christianity in morning assemblies should be banned.

Bullies are only bad if they are small children stealing lunch money or Christians protecting the unborn. If the bullies are the ones calling the shots then they are just a means to an end. Islam’s organized-crime style tactics of bullying and planting people in high political positions may just well get them the Islamic revival they are looking for if people don’t start standing up for their beliefs despite the pressure to be quiet in this left-leaning “politically correct” climate.

‘I Was a Paid Hypocrite’: Two and a Half Men Star, Called His Own TV Show ‘Filth’ Explains Why He Abandoned Hollywood for His Christian Faith[4]