Secularist liberal agenda against Christians just got a notch on their headboard when HGTV cancelled this show starring two Christian brothers because of misleading rhetoric.[1] 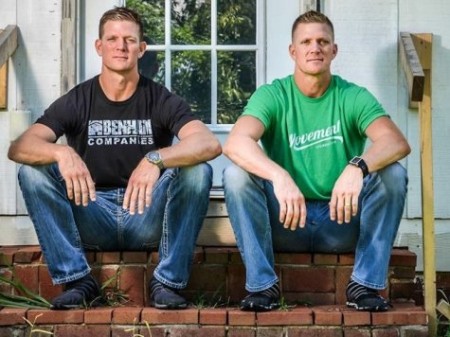 Some background via Global Flare:

A smear campaign was just started by the website rightwingwatch.org which labels the Benham Brothers as Christian extremists. The article is very misleading as it blends the actions of David and Jason Benham, with their father, Flip Benham. As you read the article, you are assuming that most of the things they list were done or said by the Benham Brothers, when in fact, most were done or said decades ago by their father.

So what’s wrong with having strong Christian beliefs and standing against the abortion movement in America? What’s wrong with believing what the Bible plainly states, and modeling your life and beliefs around that? Apparently today in America, there is a lot wrong with that. HGTV just posted on their main facebook page, “HGTV is currently in process of reviewing all information about the Benhams and we will provide an update as soon as possible.”

That post has received over 1,400 comments, most of which are in support of the Benham Brothers. There are some who are making their voice much louder by posting multiple comments, and posting directly to the HGTV page, saying things like “DISGUSTING. Pull the plug on their show now!!”, “Boycott HGTV and their anti-equality shows featuring proselytizing brothers.”, and “Please do not run Conservative anti-gay programming.”

The problem with these comments and the misunderstood people writing them is that the new show by HGTV, called “Flip It Forward”, will have nothing to do with homosexuality, or abortion. It will be a show about flipping houses and helping out families in need. It sounds a lot like discrimination. It seems that the opposition to the show is all about discriminating against the Benham Brothers, not because of the content of the show, or what is being done in the show, but rather, because of the Benham Brothers personal beliefs.

May 7, 2014: HGTV has announced via its Facebook page that it has “decided not to move forward” with the Benham brothers’ show–a wise business decision considering the network’s inclusive corporate image.

Also,
Parent arrested at school board meeting for complaining about his child being assigned a book with graphic sexual content [VIDEO][3]