Legal Immigrant’s Testimony Against Gun Control: ‘Few Saw the Third Reich Coming Until It Was Too Late’

All I could think while watching this video was, “Nailed it.” This immigrant’s passionate defense of gun rights is a must-see. [1] 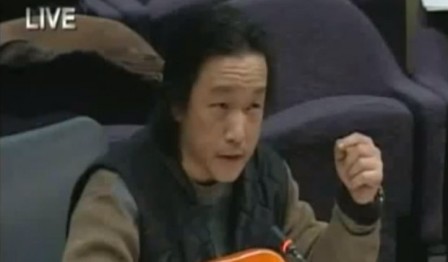 The immigrant, Henson Ong, schooled the native-born on facts they should know about gun control but don’t. The video has already racked up over 100,000 views on YouTube.

During a public hearing on gun violence in Hartford, Conn. on Monday, a legal immigrant by the name of Henson Ong issued a passionate defense of the Second Amendment and argued that gun control simply “does not work.”

“Forgive me, English is not my first language. I am a legal immigrant and I am an American by choice,” he began, prompting applause from the audience.

Ong then launched into a impassioned diatribe about what he considers to be the real problem fueling gun gun violence – “societal decay.”

“If gun control actually did work, Washington, D.C. and Chicago would be the safest cities in your nation. But [they are] not, they have the toughest gun laws and the highest crime and murder rates,” he said.

…“Your own history is replete with high school rifle teams, boy scout marksmanship merit badges,” he explained. “You could buy rifles at hardware stores, you could order them… your country was awash in readily available firearms and ammunition, and yet in your past you did not have mass school shootings*.”

…“My excellent colleagues have forgotten these bitter lessons of history. The prospect of tyranny may not grab the headlines the way vivid stories of gun crime usually do. But few saw the Third Reich coming until it was too late. The Second Amendment is a doomsday provision, one designed only for those exceptionally rare circumstances when all other rights have failed. A free people can only afford to make this mistake once.”

I couldn’t have said it better myself! Then again, it’s sort of depressing when a Filipino immigrant has a better understanding of American social problems and gun control than the Democrats in Congress.