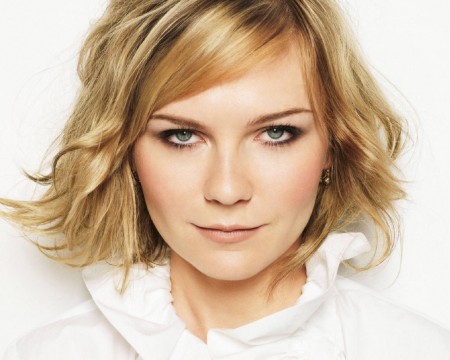 . . . I could cite the easy examples – the horrible treatment women like Margaret Thatcher, Sarah Palin, Laura Ingraham, and Michelle Malkin, among many others, have seen from supposed feminists for not following feminist orthodoxy. (Palin chose to – *gasp* – bear her Down syndrome child! The horror!)

However, this time the target of feminist anger is no political person, but an actress: Kirsten Dunst.

And what did Ms. Dunst, not exactly a controversial public figure say to ignite such disdain? Why, she thinks woman’s choice to stay at home is valuable, and women should look for a “knight in shining armor” to be their life partners:

I feel like the feminine has been a little undervalued. We all have to get our own jobs and make our own money, but staying at home, nurturing, being the mother, cooking – it’s a valuable thing my mom created. And sometimes, you need your knight in shining armor. I’m sorry. You need a man to be a man and a woman to be a woman. That’s why relationships work.

The results have been shockingly predictable, if entirely distasteful. Over at Jezebel.com[3], in a post entitled “Kirsten Dunst thinks ladies in relationships should wife the f%$# out,” she was accused of being “kind of dumb about” gender theory. At UpRoxx.com[4], one writer crassly described her “hate” for Dunst – stemming from a very mild childhood experience that has everything to do with the writer’s state of mind, and little to do with Dunst – using it as an excuse to attack the actress’ comments.

And at TheGloss.com[5], while Dunst gets some credit for wanting women to do what makes them happy, she also gets attacked amid a series of crude insults. (The word “dumb” makes a cameo appearance during the post.)

These feminist women are spitting nails and are offended by Dunst statements because she spoke the hard truth. A woman is more fulfilled if she is playing the natural role of mother and wife not breadwinner. And a man will be entirely more fulfilled if he plays the role of breadwinner and protector to his woman. The feminists are only upset because they have missed the boat so-to-speak as their knight in shining armor passed them by because of their crass belief that men have nothing to offer them.

Other Stars making headlines that liberals hate,
ROB LOWE: ‘I Want Government Out Of Almost Everything’[6]